Water puppets can entertain adults as well as children. Water puppetry in Vietnam is a fully realized art form that both young and older adults enjoy. View scenes from village life on a moving stage, learn about festivals and traditions and meet quirky characters based on Vietnamese personalities. Here's a quick primer on Vietnam's fantastic water puppets.

Water puppetry, also known as Múa rối nước in Vietnam, means "making puppets dance on water." It is a Vietnamese tradition steeped in history, folklore, and mystery. Even today, when visitors to Hanoi flock to the main theatre to witness the unusual art, it is unknown how the small figures are mastered so effortlessly by hidden puppeteers.

The art dates back to the 11th century in northern Vietnam's Red River Delta when rice farmers began to make puppets and put on shows to entertain their families and neighbors after the difficult harvest season was over. They also believed that the shows kept the naughty spirits away from any mischief that could harm their crops.

The farmers constructed pagodas above their rice paddies and held community festival shows to display their creations and well-honed puppeteering skills. The water aspect is thought to have come into play when large floods hit the rice paddies of the Red River Delta and farmers adapted their traditional puppetry, operating the wooden figures from waist-deep water. Thus was born the liquid stage, which conceals the puppeteers, improves acoustics, and adds a mystical shimmer to the show.

Because the original story of water puppetry comes from Vietnamese farmers, the puppetry reflects the culture of ancient Vietnamese, which is primarily agricultural.

Farmers took the art seriously from the beginning and kept the secret of how to control the puppets close to their chests. They passed skills down through the generations, but only to sons, for fear of daughters marrying outside the village and revealing their magic formula. Even today, puppeteers must train for three years before performing, and their methods are often kept a family secret.

Aside from the beautiful show, this mystery draws thousands of Hanoi tourists into the theatre each year.

It's impossible to understand how the talented artists work their magic from behind the pagoda screen, their hands beneath the murky, mudded waters, as you watch the puppets skim across the water, ideally in sync and sometimes even passing objects between one another.

Water puppetry evolved as a folk art form from serving familiar people to performing for royalty. During the reign of the Lý Dynasty in the 12th century, the best water puppet troupes in the country were chosen to entertain the king and guests, setting a new high for the art's social status. Water puppetry continues to fascinate audiences many centuries later and is a treasured intangible cultural heritage of Vietnam.

The traditional art of water puppetry has evolved over the last 1,000 years. Nowadays, the performances are always accompanied by a Vietnamese orchestra, which weaves beautiful music from instruments such as bamboo flutes, horns, drums, wooden bells, and string guitars. If there is danger ahead, it is customary for the musicians to break off and shout warnings to the puppets.

Vietnamese opera singers frequently belt out beautiful songs that tell the stories being performed. To add to the mystery, fireworks, colorful lights, and even dry ice are floating in the water.

However, while adding fancy lighting and pyrotechnics is a departure from the original spectacle on the rice paddies, the traditions are preserved. The stories are based on local folklore, legends, and typical rural life from the time period. There is fishing, festivals, and rice harvesting.

There are legends passed down through Vietnamese generations about a boy riding a buffalo, fire-breathing dragons, and the Legend of King Le's Restored Sword. Chú Tễu (Uncle Teu), a classic jester character who opens the show, is present, as are frogs, fish, turtles, and fairies. They float and dance beneath the temple-like stage adorned with flags, telling their stories of love and laughter to a delighted audience.

Of course, because the show is entirely Vietnamese, Western audiences frequently struggle to follow the plot. However, the beauty of the puppets, the mystery of the masters, and the feeling of celebrating a long-lasting, proud tradition are enough to keep you entertained.

The attraction has even provided a source of income for the families who started it all, with some Northern Vietnamese villages producing and selling water puppets for the performances.

Water puppets is a physically demanding profession. Throughout the show, puppeteers stand in water and use water movement to create drama, perfect the illusion, and tell a story. The puppeteers' secret is in the material of the puppets, which are made of buoyant fig wood and lacquered. The puppeteers expertly manipulate the puppet's arms using bamboo sticks and strings. A master water puppeteer takes decades to develop.

Water puppet shows are now performed in pools of water rather than in flooded rice paddies in Vietnam. These pools are adorned with red tiered roofs, flags, and parasols to resemble altars found inside Vietnamese communal houses. The musical ensemble sits on both sides of the stage, bringing the stories to life with their voices and traditional instruments.

Tu, the comedic host, is constantly introduced at the start of a traditional show. Chú Tễu is a memorable character, a whimsical storyteller who will guide you through various scenes and stories as they play out on stage. The colorful puppets depict daily life in Vietnam's northern villages, such as duck herding, fishing, rice planting, boat rowing, and royal parades. Some shows illustrate Vietnamese folktales, which always have a moral.

Vietnamese water puppetry emerged in the 11th century from the Red River Delta's flooded paddy fields, and visitors to Hanoi should not miss this one-of-a-kind local art form. Expert puppeteers manipulate wooden figurines tied to long poles over pools that serve as liquid stages, creating a three-dimensional effect with water splashes. Thang Long, Hanoi's most famous Water Puppet Theater, is located in the city center and hosts up to five multilingual daily shows.

Visit the Thang Long Water Puppet Theatre to see the strange and fantastic show. It first opened in 1969 and has remained the most famous establishment ever since, though smaller venues and some still operate in rural villages.

Thang Long Theatre is located near the well-known Hoan Kiem Lake, a ten-minute taxi ride or a 25-minute walk from Hanoi's central station. The shows are available several times every day of the year, beginning at 3.30 pm and ending at 9.30 am on Sundays.

Although last-minute tickets are frequently available at the door, they are typically seated in the back. Because the puppets are small, booking ahead of time and paying a little extra to sit near the front will provide you with the best experience. Front-rowers beware. The pesky dragons may soak you. Ticket prices range from 60,000 to 100,000 VND (£2.30 to £3.30).

To cap off a perfect day, dine in the theatre's cafe, which overlooks the lovely Hoan Kiem Lake. Grab a cup of traditional Vietnamese coffee and reflect on the centuries of rural family traditions that have resulted in the unique spectacle of the beautiful water puppet theatre show. "Every show here receives a lot of love and great feedback, contributing to the income of Vietnam tourism," Nguyen concludes, "so we would say water puppetry is an important part of our culture, tourism, and a symbol for not only the Vietnamese but also the international audience."

Besides, visit Đào Thục Village on the outskirts of Hanoi for a better understanding of Vietnam's water puppets. You can see one of Vietnam's last remaining water puppet workshops and learn how the puppets are made. A stunning outdoor stage hosts spectacular shows worthy of the village's 300-year tradition.

Besides Hanoi, where else to see water puppetry?

Several water puppet theatres present traditional and modern performances in the cities. The following are some of the best places in the country to see a show:

Hopefully, the information about water puppets that Local Insider provides will be helpful to you. Wish you have a trip with great experiences! 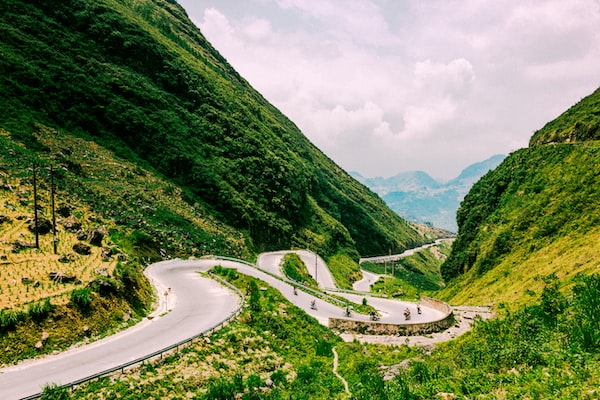